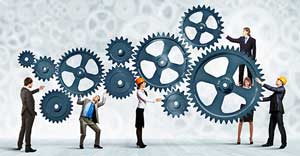 In order to take advantage of two important depreciation tax breaks for business assets, you must place the assets in service by the end of the tax year. So you still have time to act for 2016.

Section 179 deduction
The Sec. 179 deduction is valuable because it allows businesses to deduct as depreciation up to 100% of the cost of qualifying assets in year 1 instead of depreciating the cost over a number of years. Sec. 179 can be used for fixed assets, such as equipment, software and leasehold improvements. Air conditioning and heating units were added to the list beginning in 2016.

Note: You can use Sec. 179 to buy an eligible heavy SUV for business use, but the rules are different from buying other assets. Heavy SUVs are subject to a $25,000 deduction limitation.

Additionally, 50% bonus depreciation can be claimed for qualified improvement property, which means any eligible improvement to the interior of a nonresidential building if the improvement is made after the date the building was first placed in service. However, certain improvements aren’t eligible, such as enlarging a building and installing an elevator or escalator.

Contemplate what your business needs now
If you’ve been thinking about buying business assets, consider doing it before the end of the year. This article only explains some of the rules involved with the Sec. 179 and bonus depreciation tax breaks. Contact us for ideas on how you can maximize your depreciation deductions.
© 2016