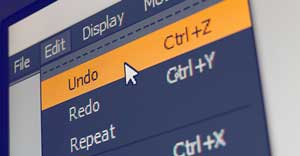 Converting a traditional IRA to a Roth IRA can provide you with tax-free growth and tax-free withdrawals in retirement. But what if you convert your traditional IRA — subject to income taxes on all earnings and deductible contributions — and then discover you would have been better off if you hadn’t converted it?

Reasons to recharacterize
Generally, if you converted to a Roth IRA in 2017, you have until October 15, 2018, to undo it and avoid the tax hit.
Here are some reasons you might want to recharacterize a 2017 Roth IRA conversion:

If you recharacterize your 2017 conversion but would still like to convert your traditional IRA to a Roth IRA, you must wait until the 31st day after the recharacterization. If you undo a conversion because your IRA’s value declined, there’s a risk that your investments will bounce back during the waiting period, causing you to reconvert at a higher tax cost.

(Be aware that the thresholds for the various brackets have changed for 2018. In some cases they increased but in others they decreased. This, combined with other TCJA provisions and changes in your income, could cause you to be in a higher or lower tax bracket in 2018.)

Know your options
If you converted a traditional IRA to a Roth IRA in 2017, it’s worthwhile to see if you could save tax by undoing the conversion. If you’re considering a Roth conversion in 2018, keep in mind that you won’t have the option to recharacterize. We can help you assess whether recharacterizing a 2017 conversion or executing a 2018 conversion makes sense for you.
© 2018