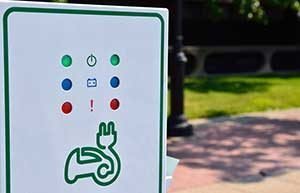 While the number of plug-in electric vehicles (EVs) is still relatively small compared with gas cars on the road, it’s growing — especially in certain parts of the country. If you’re interested in purchasing an electric or hybrid vehicle, you may be eligible for a federal income tax credit of up to $7,500. (Depending on where you live, there may also be state tax breaks and other incentives.)

However, the federal tax credit is subject to a complex phaseout rule that may reduce or eliminate the tax break based on how many sales are made by a given manufacturer. The vehicles of two manufacturers have already begun to be phased out, which means they now qualify for only a partial tax credit.

Tax credit basics
You can claim the federal tax credit for buying a qualifying new (not used) plug-in EV. The credit can be worth up to $7,500. There are no income restrictions, so you can qualify regardless of income income.

A qualifying vehicle can be either fully electric or a plug-in electric-gasoline hybrid. Additionally, the vehicle must be purchased rather than leased, because the credit for a leased vehicle belongs to the manufacturer.

The credit equals $2,500 for a vehicle powered by a four-kilowatt-hour battery, with an additional $417 for each kilowatt hour of battery capacity beyond four hours. The maximum credit is $7,500. Buyers of qualifying vehicles can rely on the manufacturer’s or distributor’s certification of the allowable credit amount.

How the phaseout rule works
The credit begins phasing out for a manufacturer over four calendar quarters once it sells more than 200,000 qualifying vehicles for use in the United States. The IRS recently announced that GM had sold more than 200,000 qualifying vehicles through the fourth quarter of 2018. So, the phaseout rule has been triggered for GM vehicles, as of April 1, 2019. The credit for GM vehicles purchased between April 1, 2019, and September 30, 2019, is reduced to 50% of the otherwise allowable amount. For GM vehicles purchased between October 1, 2019, and March 31, 2020, the credit is reduced to 25% of the otherwise allowable amount. No credit will be allowed for GM vehicles purchased after March 31, 2020.

Powering forward
Despite the phaseout kicking in for GM and Tesla vehicles, there are still many other EVs on the market if you’re interested in purchasing one. For an index of manufacturers and credit amounts, visit this IRS Web page: https://bit.ly/2vqC8vM. Contact us if you want more information about the tax breaks that may be available for these vehicles.
© 2019