Accounting Changes from the Fiscal Cliff 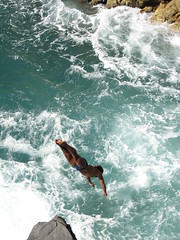 This week, Congress finally stopped arguing and posturing long enough to pass some legislation to help the nation avoid the Fiscal Cliff that would plunge our economy into oblivion (or maybe not depending on who you ask). The fact that it took until we technically went over the cliff to get a deal done only makes sense to someone inside the beltway, but I digress. I’ve had several calls and questions about how all of this is going to affect us going forward so let’s review what happened.

Your taxes are going up, but not as much as they could have:

Of course, we all know that the government’s budget problems are much, much larger than a small tax increase will solve. This sums it up pretty well.

In the next few weeks, expect to hear much more about this from Congress. The deep spending cuts scheduled to hit defense and entitlement spending were simply postponed for 2 months as part of this deal. We’re also on pace to hit the debt ceiling yet again in the next few weeks as well. In March, the resolution currently funding the government is going to expire as well. So Congress really only scratched the surface of the real issues at heart with this law. Expect much more fun in the weeks to come.

Bottom line: Most taxpayers come out ahead of where they would have if no compromise had been reached. What it means long term for our country will be heavily debated in the coming months.