How The Affordable Care Act (Obamacare) Could Impact Your 2014 Taxes 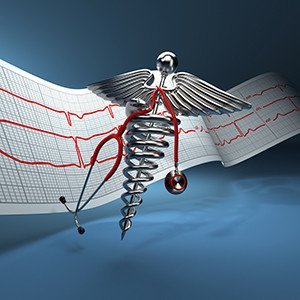 The Affordable Care Act (commonly referred to as Obamacare or ACA) has probably had the most widespread impact of any law passed in the last decade. Regardless of your personal beliefs about the law, it’s not going to go away. So you need to understand what it means for your 2014 tax returns.

Understanding the Penalties For Not Having Health Coverage

The part you probably know is that under Obamacare the majority of Americans are legally required to have health insurance that meets the law’s minimum coverage standards – sort of like the minimum liability coverage you have to have for your car. If you aren’t covered by a plan that meets these standards you’re going to face a penalty. 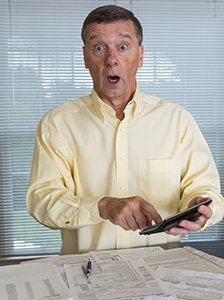 In conversations with friends and clients, I’ve discovered that most people know about the minimum penalty for not having coverage in 2014: $95/adult and $47.50/child up to a total of $285. Notice I said minimum penalty. When there’s a minimum penalty there’s also a maximum penalty. The maximum is 1% of your household income, capping out at “cost of the national average premium for a bronze level health plan available through the Marketplace in 2014”. Which one are you on the hook for if you don’t have coverage? Whichever one is bigger. A lot of people who think they’ll only owe $95 are in for an unpleasant surprise come tax season.

According to my understanding (and this could change by the end of the year), the penalty is calculated on a monthly basis. So if your coverage went into effect in March of 2014, I believe you will owe 2/12ths of the penalty for January and February since your coverage didn’t start until March. Likewise, if you have coverage, but drop it before the end of the year, you’ll be subject to the penalty for the months you weren’t covered.

How This Is Reported To the IRS

You know those W-2s and 1099s you get every January? This year you’re going to get something similar related to your healthcare coverage. The heath care exchanges will be mailing out forms next spring where they will have calculated:

This information will need to be included on your 2014 tax return where your CPA will determine:

What Do You Mean Too Much Subsidy?

If you signed up for a plan through healthcare.gov, you were asked about expected income for 2014. The website calculated the subsidy you should expect to receive at that income level and applied it toward your monthly premium. However, as many of you know too well, expected income and actual income are very different things. If your actual winds up much higher than your expected income, you will most likely have to pay back the subsidy with your tax return which is going to come as a surprise to many people I’ve spoken with as well.

With Taxes It’s Better to Be Prepared Than Surprised

Changes to your circumstances will impact your tax burden related to the Affordable Care Act. In order to avoid sticker shock next April, you should contact the health care exchange online or by phone if:

These changes will impact your subsidy (up or down) and could also provide you with new (and possibly better) enrollment options. You don’t want to get hit with a big surprise next spring and you don’t want to be overpaying throughout the year so it’s best to notify the exchanges as soon as possible. This will help you maximize the potential benefits of the law and minimize the potential unpleasant tax surprises.

If You’re Scratching Your Head, You’re Not Alone 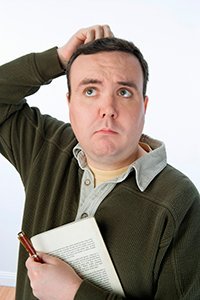 The new health care law is a very complicated one. This is totally new territory for all of us and just like any other major change, there’s going to be a learning curve. The law won’t be fully implemented until 2020 so we can expect some more changes down the line. This is one of the reasons it’s more important than ever to work with a qualified CPA for your taxes. We can’t predict the future, but we’re keeping up to date on all the relevant information available.

If you have questions about the tax provisions of the law might impact you, please contact the office or check out the following resources:

How to Report Life Changes to the Insurance Exchange

IRS Publication 5152 – Information about the Subsidy

IRS Publication 5156 – Information about the Penalties