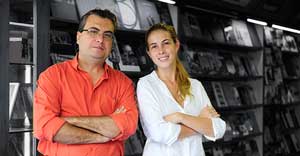 If you’re a business owner and have a child in high school or college, hiring him or her for the summer can provide a several benefits, including tax savings. Due to changes under the Tax Cuts and Jobs Act (TCJA) hiring your child may make more sense than ever.

Here’s an example: A sole proprietor is in the 37% tax bracket. He hires his 20-year-old daughter, who’s majoring in marketing, to work as a marketing coordinator full-time during the summer. She earns $12,000 and doesn’t have any other earnings.
The father saves $4,440 (37% of $12,000) in income taxes at no tax cost to his daughter, who can use her $12,000 standard deduction (for 2018) to completely shelter her earnings. This is nearly twice as much as would have been sheltered last year, pre-TCJA, when the standard deduction was only $6,350.

The father can save an additional $2,035 in taxes if he keeps his daughter on the payroll as a part-time employee into the fall and pays her an additional $5,500. She can shelter the additional income from tax by making a tax-deductible contribution to her own traditional IRA.

Family taxes will be cut even if an employee-child’s earnings exceed his or her standard deduction and IRA deduction. Why? The unsheltered earnings will be taxed to the child beginning at a rate of 10% instead of being taxed at the parent’s higher rate.

Avoiding the “kiddie tax”
TCJA changes to the “kiddie tax” also make income-shifting through hiring your child (rather than, say, giving him or her income-producing investments) more appealing. The kiddie tax generally applies to children under age 19 and to full-time students under age 24. Before 2018, the unearned income of a child subject to the kiddie tax was generally taxed at the parents’ tax rate.

The TCJA makes the kiddie tax harsher. For 2018-2025, a child’s unearned income will be taxed according to the tax brackets used for trusts and estates, which for 2018 are taxed at the highest rate of 37% once taxable income reaches $12,500. In contrast, for a married couple filing jointly, the 37% rate doesn’t kick in until their taxable income tops $600,000. In other words, children’s unearned income often will be taxed at higher rates than their parents’ income.

But the kiddie tax doesn’t apply to earned income.

Other tax considerations
If your business isn’t incorporated or a partnership that includes nonparent partners, you might also save some employment tax dollars. Contact us to learn more about the tax rules surrounding hiring your child, how the kiddie tax works or other family-related tax-saving strategies.
© 2018