Does Your Business Have to Begin Collecting Sales Tax on All Out-Of-State Online Sales? 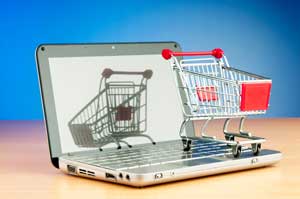 But for businesses with out-of-state online sales that haven’t had to collect sales tax from out-of-state customers in the past, the decision brings many questions and concerns.

What the requirements used to be
Even before Wayfair, a state could require an out-of-state business to collect sales tax from its residents on online sales if the business had a “substantial nexus” — or connection — with the state. The nexus requirement is part of the Commerce Clause of the U.S. Constitution.

Previous Supreme Court rulings found a physical presence in a state (such as retail outlets, employees or property) was necessary to establish substantial nexus. As a result, some online retailers have already been collecting tax from out-of-state customers, while others have not had to.

What has changed
In Wayfair, South Dakota had enacted a law requiring out-of-state retailers that made at least 200 sales or sales totaling at least $100,000 in the state to collect and remit sales tax. The Supreme Court found that the physical presence rule is “unsound and incorrect,” and that the South Dakota tax satisfies the substantial nexus requirement.

In addition, the Court found that the physical presence rule treats sellers differently for arbitrary reasons. A business with a few items of inventory in a small warehouse in a state is subject to sales tax on all of its sales in the state, while a business with a pervasive online presence but no physical presence isn’t subject to the same tax for the sales of the same items.

What the decision means
Wayfair doesn’t necessarily mean that you must immediately begin collecting sales tax on online sales to all of your out-of-state customers. You’ll be required to collect such taxes only if the particular state requires it. Some states already have laws on the books similar to South Dakota’s, but many states will need to revise or enact legislation.

Also keep in mind that the substantial nexus requirement isn’t the only principle in the Commerce Clause doctrine that can invalidate a state tax. The others weren’t argued in Wayfair, but the Court observed that South Dakota’s tax system included several features that seem designed to prevent discrimination against or undue burdens on interstate commerce, such as a prohibition against retroactive application and a safe harbor for taxpayers who do only limited business in the state.

Please contact us with any questions you have about sales tax collection requirements.
© 2018