The Tax Impact of the TCJA on Estate Planning 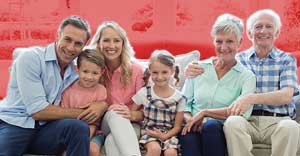 The massive changes the TCJA (Tax Cuts and Jobs Act) made to income taxes have attracted the most attention, but the new law also made major changes to gift and estate taxes. While the TCJA didn’t repeal these taxes, it did significantly reduce the number of taxpayers who’ll be subject to them – at least for the next several years. Nevertheless, factoring taxes into your estate planning is still important.

The rate for all three taxes remains at 40% — only three percentage points higher than the top income tax rate.

The impact
Even before the TCJA, the vast majority of taxpayers didn’t have to worry about federal gift and estate taxes. While the TCJA protects even more taxpayers from these taxes, those with estates in the roughly $6 million to $11 million range (twice that for married couples) still need to keep potential post-2025 estate tax liability in mind when they do their estate planning. Although their estates would escape estate taxes if they were to die while the doubled exemption is in effect, they could face such taxes if they live beyond 2025.
Any taxpayer who could be subject to gift and estate taxes after 2025 may want to consider making gifts now in order to take advantage of the higher exemptions while they’re still available.

Factoring taxes into your estate planning is also still important if you live in a state with an estate tax. Even before the TCJA, many states imposed estate tax at a lower threshold than the federal government did. Now the differences in some states will be even greater.

For example, holding assets until death may be advantageous if estate taxes aren’t a concern. When you give away an appreciated asset, the recipient takes over your tax basis in the asset, triggering capital gains tax should he or she turn around and sell it. When an appreciated asset is inherited, on the other hand, the recipient’s basis is “stepped up” to the asset’s fair market value on the date of death, erasing the built-in capital gain. So retaining appreciating assets until death can save significant income tax.

Review your estate plan
Whether or not you need to be concerned about federal gift and estate taxes, having an estate plan in place and reviewing it regularly is important. Contact us to discuss the potential tax impact of the TCJA on your estate plan.
© 2018