Want to Turn a Hobby Into a Business? Watch Out for the Tax Rules 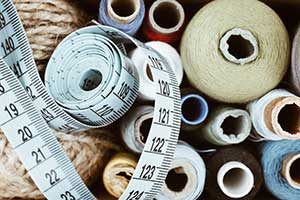 You may have dreamed of turning your hobby into a regular business. If so, you wouldn’t be alone. If your new business is profitable you won’t have any tax headaches. But what if the new enterprise consistently generates losses (your deductions exceed your income) and you claim them on your tax return? You can generally deduct losses for expenses incurred in a bona fide business. However, the IRS may step in and say the venture is a hobby (an activity not engaged in for profit) rather than a business. Then you’ll be won’t be able to deduct losses.

By contrast, if the new enterprise isn’t affected by the hobby loss rules because it’s profitable, all otherwise allowable expenses are deductible on Schedule C, even if they exceed income from the enterprise.

Avoiding a hobby designation
There are two ways to avoid the hobby loss rules:

1. Show a profit in at least three out of five consecutive years (two out of seven years for breeding, training, showing or racing horses).

2. Run the venture in such a way as to show that you intend to turn it into a profit-maker, rather than operate it as a mere hobby. The IRS regulations themselves say the hobby loss rules won’t apply if the facts and circumstances show you have a profit-making objective.

How can you prove you have a profit-making objective? You should run the venture in a businesslike manner. The IRS and the courts will look at the following factors:

Recent court case
In one U.S. Tax Court case, a married couple’s miniature donkey breeding activity was found to be conducted with a profit motive. The IRS had earlier determined it was a hobby and the couple was liable for taxes and penalties for the two tax years in which they claimed losses of more than $130,000. However, the court found the couple had a business plan, kept separate records, and conducted the activity in a businesslike manner. The court stated they were “engaged in the breeding activity with an actual and honest objective of making a profit.” (TC Memo 2021-140)

Contact us for more details on whether a venture of yours may be affected by the hobby loss rules, and what you should do to avoid a tax challenge.
© 2022